The public has an opportunity to comment on the Deltaport Fourth Berth proposal.

The Impact Assessment Agency of Canada and B.C.’s Environmental Assessment Office recently accepted an initial project description for the project put forward by the Global Container Terminals, the operator of the container terminal at Roberts Bank.

The proposal is an alternative to the Terminal 2 port expansion application by the Vancouver Fraser Port Authority, which instead would see a new, three-berth terminal constructed on a man-made island adjacent to the existing port.

GCT has been pitching a fourth berth connected to its current facility, saying its proposal would meet long-term growth in container terminal demand and the requirement for incremental growth capacity.

GCT also notes DP4 responds to the change in type and volume of trade of containerized goods shipped through Canada’s west coast.

The project would be constructed in an intertidal and subtidal marine water area on the south side of the existing facility, contiguous to the current operations.

“In comparison to other potential development options at Roberts Bank, the location of the proposed project, according to preliminary reviews and engagement with local stakeholders, contributes to a smaller adverse environmental affect,” the company stated in a news release.

Comments received will be gathered in preparation of a joint summary of issues and engagement for the project.

Comments only need to be submitted once to either agency and will be published online.

More information is available at the agency’s website at: Canada.ca/iaac.

More information on the sessions can be found on the EAO’ project page website at: projects.eao.gov.bc.ca.

There’s been a war of words over the past couple of years between GCT and the port authority over T2 and DP4.

The port authority rejected the DP4 proposal for several reasons, including citing the federal government’s conditions for allowing a third berth expansion at the port a decade earlier.

The DP4 project would involve a footprint expansion of 56 hectares (138 acres), extending into critical intertidal habitat, VFPA states, adding T2 is a preferred project for achieving the expansion of capacity to meet projected increases in container capacity demand.

GCT is raising concern over the cumulative impacts resulting in the construction and operation of T2, as well as the enforceability of the port authority’s environmental mitigations.

A Delta staff report on DP4 is on the agenda at this Monday’ city council meeting.

“The DP4 project is being promoted by GCT as less expensive and more environmentally sustainable than RBT2. The environmental assessment process will help determine whether this is correct,” the report notes.

“Since July 2019, Delta has been asking the federal and provincial governments to properly review the DP4 proposal as a potential alternative to RBT2 before any decision is made. Furthermore, in July 2020, Delta wrote to the Prime Minister asking that the RBT2 project be denied based on the Review Panel findings that the project would result in significant adverse environmental and community impacts,” the report adds.

Delta staff are in the process of reviewing the initial project description for DP4 and will be reporting back to council before the Nov. 27 deadline.

This article about Comment period open for Delta port expansion alternative proposal by Sandor Gyarmati originally appeared in the Delta Optimist on October 25, 2020.

Watch: Deltaport 4: A Better Way for BC & Canada 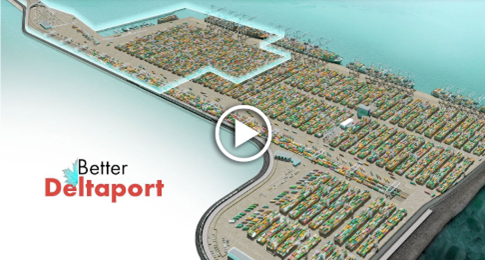